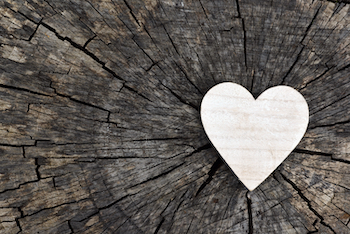 We are excited to share that this week our partner, The Grants Collective, formally changed its name to Pivotal New Mexico.

Back in 2013, The Grant Plant was mired in deep community conversations with partners throughout Albuquerque and New Mexico. We were trying to find ways to accommodate the various requests for education and training that we received– internships, fellowships, job shadowing, workshops – while also playing into the macro view of doing our part to bring more money in from outside of the state while making grant seeking more effective and efficient through collaborative relationships among nonprofit organizations.

By 2015, we had formed a separate 501(c)(3) organization, The Grants Collective. We specifically chose to include the word Grant in the title because we knew that was where our expertise lies. The word Collective was chosen because of the collaborative nature of our programming. Over the course of the next year, we launched the Talent Academy for grant professionals to address gaps in education and training and the Cooperative Network to improve shared knowledge and efficiencies in the field.

We had an idea for another program, which we called the Impact Fund. This fund was designed to give organizations and initiatives access to experts to make their grant proposals stronger – think economists and researchers, evaluators, financial analysts, subject matter experts – and thus more competitive for large, game-changing grants. Imagine our delight when one of our founding board members, Terry Brunner, was exiting the Obama administration as state director of USDA Rural Development and founded Grow New Mexico with just that purpose! In 2017, Grow became a project fiscally housed under The Grants Collective with Terry as its director, and all three of our organizations co-located in a beautiful plaza near Sawmill and Old Town.

The ensuing years taught us – even though we had been in the grants world for more than a decade – that the field was fraught with inequities and barriers to funding in ways we hadn’t known. As much as we received accolades for the work we were doing, how we came to view the nonprofit field and social and public sectors was transformative. Iterating as we went, we began retooling programs to have a deeper impact and broader scale.

By 2019, Erin and I felt that we had stood up the programs we had wanted to and felt called back to our roots in family business, while meanwhile Terry was building Grow into a statewide organization. With leadership from our board of directors, The Grants Collective and Grow merged in mid-2019 with Terry as its CEO, and Erin and I transitioned back to full-time work at TGP.

The announcement of the name change to Pivotal New Mexico is especially poignant for us. When we think about what we were seeking to create in 2013, and what we learned along our journey in The Grants Collective, it is clear that the turning point for organizations is when people become deeply engaged in investing in themselves and their people. For us, the name “Pivotal” hearkens back to the many days we spent imagining what the future could look like, a New Mexico on a trajectory toward prosperity. Pivotal has demonstrated time and again that its work truly builds capacity and becomes a turning point for organizations toward greater sustainability and growth.

We couldn’t be prouder of Pivotal as it continues its role as the point of impact for New Mexico. 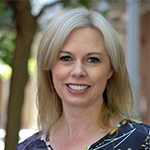