I have been struggling for a couple weeks now about what to write for a TGP newsletter article. Given the ups and downs of the grant writing world (it’s enough to give a gal whiplash, I swear), I had two polar opposites in mind for potential topics:

In the heat of a federal grant application (and despite my own calming influence in “The Federal Grant Application Process: Not Such a Nail-Biter After All”), I first chose Topic 2, and wrote a scathing article about the Administration for Children and Families (ACF), the ACF Grant Reviewers panel (a third-party group, Lux Consulting), and the cumbersome process in general.[1] But, despite that gloomy start, I realized that: (1) I shouldn’t conduct therapy in such a public setting; so (2) I should focus on the positive. And there is a lot to be positive about at TGP.

For starters, I get to work with the smartest bunch of people I know, and I learn something new everyday. Let me tell you a bit about our team, and you will see why I am so thrilled to be a part of this group:

Along with working with these wonderful and super-smart people, TGP had Red-Letter Day on July 14, 2011! And how can that go un-announced? While we are always excited about any grant announcement that comes in, Red-Letter Day was especially exceptional. First, one of our clients got the news of a large federal grant award. Following on the heels of that was a slew of award notifications to another client, all on the same day, and finally, a third client was given an award that represented the entire funding amount distributed by a foundation because the proposal was so compelling (obviously the proposal was based on a stellar program!). Frankly, I’m sure that all proposals that were submitted by TGP during the week of July 14 also had a certain magic touch to them. If the string of award notices wasn’t enough, Tara’s son, age 9, shared this the morning before we got all these notices: He said he had a “funny dream about The Grant Plant. We were at the bank [Tara’s kids often join in the family business] and the ‘money machine’ wouldn’t stop spitting money out!” — a funny dream…or eerily on target?

So…maybe this newsletter is therapy too, like my original. But it is better therapy. It is positive, and I leave the article with a renewed love for TGP and our mission. Helping nonprofits obtain the funding they need for their missions truly is WHY we do what we do every day (and lots of evenings, and some weekends…!). Thank you for the opportunity. 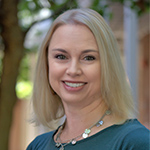 [1] As I mentioned in that article, which will not be published in order to protect the public from its vitriol, a 40-page submission required including a complete audit—the audit was part of the 40 pages!! I am still not over that, and I can feel my annoyance seeping through my writing two weeks later. (Do they want to know about the project they are potentially funding, or don’t they??) You’ll see that the annoyance level remains high enough that these agencies are still mentioned by name. In the words of the Dixie Chicks, “I’m not ready to make nice, I’m not ready to back down. I’m still mad as hell, and I don’t have time to go round and round and round…” If you watch the video, subtract the straitjacket scene from my frustration (it wasn’t THAT bad!), and help me remember that time heals everything.