The Funding Landscape in New Mexico: A Post-Recession Assessment

About three years ago, I wrote an article titled “The Philanthropic Gap and Nonprofit Landscape in New Mexico” that explored the funding climate of New Mexico and attempted to assess the impact of the recession on foundation giving in New Mexico. At that time, however, there was limited data available to fully understand how New Mexico was affected during the recession. Now this data is available and it paints a very clear picture. Below, I will give an overview about how the recession impacted the nation as a whole, how New Mexico foundations compared, and how they have made adjustments to help recover.

Impact of the Recession

Foundation giving on a national level showed the greatest decrease in 2009 when it dropped about 2.2% and foundation assets dropped 4.3%. In 2010, foundation giving held relatively steady with a 0.2% increase. Since 2010, U.S. foundations as a whole have made a nice recovery; giving in 2011 surpassed the giving level prior to the recession in 2008 by 4.5%. Giving in 2012 increased 11.7% from the lowest recession dip in 2009 and increased 9.8% from 2008.[1] Further, according to Foundation Center, in 2013 foundation giving is expected to reach $54.7 billion, exceeding prior record levels. Blackbaud released a report indicating that nonprofit organizations continue to grow nationally, while online giving has taken off in these last few years, specifically in 2013:[2]

New Mexico foundations are also recovering, but our state appears to have felt a greater impact from the recession than others and the recovery, while following the same positive slope, lags behind the rest of the nation. In 2009, foundation giving among in-state funders in New Mexico dropped 3.2%, but the assets of our foundations dropped a whopping 10.4% (a 6% greater drop than foundations nationally). This is likely a cause of the plummet in foundation giving in New Mexico in 2010 – a swift decline of 29.3% from the 2009 level (nationally, foundations experienced a 0.2% increase). Since 2010, foundation giving in New Mexico has been steadily improving. Giving has increased about 14.3% in 2012 from the lowest levels in 2010 but we are still 14.5% lower than 2008 giving levels prior to the recession. (Note: Funders located outside of New Mexico are not included in the Foundation Center data accessed for this report; therefore, out-of-state giving is not assessed in this report.)

New Mexico continues to rank in the bottom 10 states in philanthropic assets and giving, a status that has been consistent over the last 10 years. In 2012, only eight states had a lower number of foundations, seven states had lower foundation asset totals, and eight states had lower foundation giving totals.[3] Despite New Mexico’s low asset and giving rankings, the grantmakers within our state are dedicated and have proven resilient, adjusting their operations and strategies to leverage dollars and combat the recession, and/or altering their focus areas to keep in step with New Mexico’s needs. A survey conducted by the New Mexico Association of Grantmakers (NMAG), shows:[4]

The NMAG report also indicates that grantmakers had “comments on an increasingly competitive environment for nonprofit organizations seeking grants” and were “focusing on awarding grants of higher measurable impact,” becoming more “strategic and selective about grantmaking,” and developing “specific measurable goals.” Some of the survey participants who accept unsolicited requests indicated that they were receiving more applications and thus awarding a lower percentage of grants.

Encouragingly, Foundation Center data shows that the number of foundations in New Mexico (independent, corporate, community, and operating foundations that reported grant activity) has continued to steadily increase, even through the recession, rising from 249 foundations in 2009 up to 283 in 2012. Since 2009, the biggest shifts in giving among subject areas is a noticeable increase in giving to health concerns and a decrease in giving to environmental concerns:

Through our work in New Mexico, TGP has anecdotally experienced the changing landscape of funders in our state. For example, Oppenheimer Foundation closed its doors at the end of 2012. Cardinal Health operations (and its foundation giving) ceased in New Mexico in 2014. Andrea Wait Carlton Family Foundation (formerly Messengers of Healing Winds) has moved much of its giving away from New Mexico and the Stocker Foundation is also restricting its geographic focus, which includes no longer funding in Bernalillo County by year’s end. Los Alamos National Labs has shifted to an operating foundation and has tightened its giving.

Other significant foundations that contribute to our state have refined their giving but continue to contribute critical support. These include the Daniels Fund (located in Colorado but a strong New Mexico supporter) that has tightened its focus in New Mexico onto cradle-to-career education continuum, the W.K. Kellogg Foundation, which makes significant investments in our state, and the Albuquerque Community Foundation, which continues to maintain strong funding levels but has shifted focus towards awarding larger grants to fewer organizations, among many other funders.

Even with the shifting grantmaking landscape and refined post-recession giving conditions, there are many great opportunities in New Mexico, and out of state funders (that are not included in this report) represent a large funding base for New Mexico. It is important for grant seekers to know where to look and to make a strong case for their organization. At TGP, we know this as well as anyone, as we continue to work with the dedicated nonprofits in our state and increasingly focus on garnering out-of-state dollars. We are proud to provide specialized funding research, grantwriting, grants management, and stakeholder relations support. 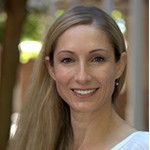