We have had the growth of mobile phone donations on our list of blog topics for a while. With current events in Japan, the topic seems especially timely. In this article, Aly explores mobile giving as a fundraising option and offers guidance for non-profit leaders wondering whether it may be appropriate for their agencies.

For the past several days, the world has watched in shock and heartbreak as Japan was hit with a 9.0-magnitude earthquake, followed by devastating tsunami and a continuing series of aftershocks. While the group of islands forming Japan have a combined area roughly the size of our own state (145,000 versus 121,000 square miles), the population is 62 times greater, amplifying the human toll that natural disasters take.

Beyond offering well wishes and prayers, individuals around the world have begun helping Japan via disaster relief donations. One of the more noticeable methods for helping has been smaller donations made via text messaging. Within three days, the American Red Cross alone had collected more than $1 million via text message giving.[1] This type of support will be key in efforts to assist Japan and will play an increasingly important role as a giving channel for non-profit agencies.

For many, the first time we heard of mobile phone donations was during the 2005 Southeast Asia tsunami or the 2010 Haiti earthquake. According to a press release from the American Red Cross, the Haiti campaign raised more than $32 million in $10 donations. While large-scale efforts like this rely on text message campaigns, the medium can be suitable for local and regional giving as well.

For those of you who haven’t donated via text, the process is pretty simple. You text a campaign code, like HAITI or REDCROSS, to a five- or six-digit number, like 90999. Once you send the text, you receive a text message confirming your donation of $5 or $10, to which you reply YES or OK to confirm. The donation is then automatically added to your next cell phone bill. You can later collect a receipt for tax purposes through the donation management company’s website.

For donors, mobile giving is an easy way to get involved; the donation amounts are relatively modest, giving is very convenient, personal information is not required, and the channel for donating is integrated with systems most of us use frequently. In short, they fit perfectly with impulse-driven action. After all, if you just spent $2.99 on an “app” to play Scrabble, it’s not a big deal to send $10 for people in real need and crisis. Donations by text are relatively safe and private: no credit card information is collected, a confirmation text requires the donor to double-check before donating, and there are monthly limits on total donation requests to protect against high false charges.

For agencies seeking donations, the advantages are generally the ability to reach more people and new contributors, lower out-of-pocket expenses compared to traditional mail and phone fundraising, the likelihood that your supporters will spread the word themselves, and the ability to integrate campaign messaging with other fast and cheap communication methods like websites, Facebook profiles, Twitter, email blasts, etc.

There are a few potential drawbacks for mobile giving, namely:

How Mobile Giving Works for Charities

Setting up mobile giving campaigns, and converting text messages into donations is—as one might imagine—a little complex. Luckily, the process is automated and there are companies that manage the flow. Basically, the funds flow through one of two non-profit “trusted third party” organizations. These entities, the mGive Foundation and the Mobile Giving Foundation, establish and maintain contract agreements with mobile device companies, vet charities (example requirement documents are here and here), set up general contracts with charities, collect donations from each cell phone carrier, then use their own tax-status to hold and re-grant funds. Both of these mobile giving foundations have an approved list of Application Service Providers (ASPs), another type of company with whom charities contract to manage the campaigns and serve as the point of contact for non-profits. ASPs own and manage the text phone codes and keywords, offer campaign management web platforms and messaging tools, and supply donor and campaign data to charities.

There are set-up costs for each of the companies engaged. There is usually a contract commitment with monthly fees for the ASP. In some cases, additional fees to the charity may apply based on provider and service selections. Finally, a modest fixed and/or percentage of each donation is taken by the ASP as a transaction fee—for example, Red Cross donations of $10 for Japan have a $0.25 or 2.5% transaction fee.

Agencies that raised less than $500,000 in the previous year are not able to set up a mobile giving agreement on their own and must pay for an outside company (Causecast.org) to serve as the designated mobile agency. However, the rates and set-up for Causecast are lower than the engagements detailed above. At just $69 per month and no set-up fees, this option may be the best for most local charities—plus it allows you to collect donations nationwide, regardless of which states you are registered.

Our nation (especially the younger generations) is increasingly moving toward internet and mobile platforms for interacting with the world and supporting causes. The question may not be whether to start taking mobile donations but when. For agencies that are able to engage large numbers of potential supporters—whether via the internet, media coverage, or traditional means like an announcement at a major event—mobile giving is especially attractive. Like more traditional fundraising methods, the process requires planning to set-up and to maximize utilization. Mobile giving will never replace conventional methods for gathering larger, more thoughtful donations, however the aggregate payoff can be tremendous, especially for critical needs or volume-based campaigns. I encourage all of our readers to spend a bit of time exploring the resources below. As a final note, this article was inspired by the massive human, environmental, economic, and infrastructure crises going on in Japan. If you would like to help, I have included several mobile giving numbers at the end of the article.

There are several agencies accepting mobile donations by text message for relief efforts in Japan:

In addition, the PNM Foundation is pledging a $10 donation to relief efforts for everyone who “Likes” the related post on their Facebook page (post from March 14). 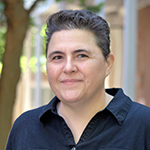