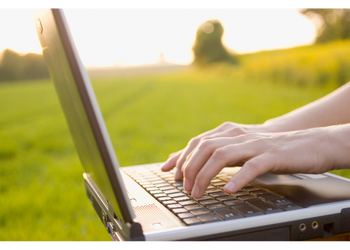 How Can Hollywood Help You Write a Winning Proposal?

Nearly everyone has a favorite movie with lines and moments they can recall years later. What makes movies so memorable? The viewer understands the problems and obstacles the hero faces, his or her desires, how achieving that goal or goals will change the world– and it’s clear when the problem is resolved.

This scenario kind of sounds like a grant proposal, doesn’t it? As a grantseeker, you want your reviewer to understand the issues your “world” (the community or population you are serving) faces, what the “hero” (your organization or program) hopes to achieve, the obstacles the hero and world face, and a clear idea of what the world looks like when the problem is solved.The good news is, there is a solid formula that most movies follow that you can use for your next proposal. Here is a graphic of what almost every story ever told looks like:

This structure is used in almost every Hollywood movie, setting up a story that is engaging from the opening sentence, cohesive throughout, and that grips the viewer until the very end. While the exact structure of every grant proposal is different, here is a basic breakdown of how to organize the story of your organization or program in a Hollywood-worthy way:

Now that you know how Hollywood writes gripping stories, use the above six sections to outline a proposal. The next time you write a grant, pull it out and you’ll already have done most of the work for yourself! This approach will help ensure that your proposal is strong, connected, and grips the reviewer from beginning to end.